We sometimes forget that the Gulf War/Desert Shield/Desert Storm were part of the Cold
War era. Short lived though it was, there were losses that could not be considered any different or account for less. Any loss is felt by all, we grieve along with the family of the who gave their all.

Iraq lost a total of 259 aircraft in the war, 122 in combat. They lost 36 aircraft shot down in aerial combat during Desert Storm.[48] 3 helicopters and two fighters were shot down during the invasion of Kuwait on August 2, 1990. Kuwaiti claims to have shot down as many as 37 Iraqi aircraft have not been confirmed[49] In addition, 68 fixed wing aircraft and 13 helicopters were destroyed on the ground, and 137 aircraft were flown to Iran and not returned.[50]

190 Coalition troops were killed by Iraqi combatants, the rest of the 379 coalition deaths being from friendly fire or accidents. This number was much lower than expected. Among the American dead were three female soldiers.

This is a list of Coalition troops killed by country.

While the death toll among Coalition forces engaging Iraqi combatants was very low, a substantial number of deaths were caused by accidental attacks from other allied units. Of the 148 American troops who died in battle, 24% were killed by friendly fire, a total of 35 service personnel. A further 11 died in detonations of allied munitions. Nine British service personnel were also killed in a friendly fire incident when a USAF A-10 Thunderbolt II attacked a group of two Warrior IFVs.

These brave men and women deserve our honor and respect, our thoughts and prayers.

They also deserve the Cold War Victory Medal, when it is issued.

Posted by Jerald Terwilliger at 3:56 AM

Cold War-era Veterans may potentially develop mesothelioma due to the use and presence of asbestos in military applications. Navy vessels posed a high risk prior to the 1970s while military facilities utilized throughout that period also contained high quantities of the mineral. Cold War veterans with mesothelioma symptoms should seek professional medical help to obtain a diagnosis and seek treatment for mesothelioma as soon as possible. 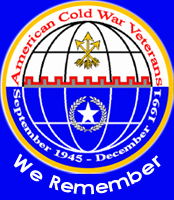 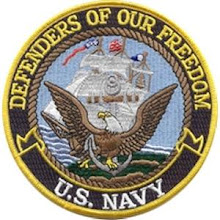 Defenders Of Our Freedom